i received a review copy of this book in exchange for an honest review. all opinions below are my own.

before i begin my post, i’d like to extend a huge thank you to shealea @ shut up, shealea for being the absolute best and devoting so much time to promoting diverse literature ♡ i’ve been following shealea and her blog tours for some time now, and this is the first time i’m participating in one. thank you so much, shealea and bloomsbury publishing, for letting me host a review stop! i can’t wait to share my love of the dragon warrior by katie zhao with you all. 🙂

The Dragon Warrior by Katie Zhao

As a member of the Jade Society, twelve-year-old Faryn Liu dreams of honoring her family and the gods by becoming a warrior. But the Society has shunned Faryn and her brother Alex ever since their father disappeared years ago, forcing them to train in secret.
Then, during an errand into San Francisco, Faryn stumbles into a battle with a demon–and helps defeat it. She just might be the fabled Heaven Breaker, a powerful warrior meant to work for the all-mighty deity, the Jade Emperor, by commanding an army of dragons to defeat the demons. That is, if she can prove her worth and find the island of the immortals before the Lunar New Year.
With Alex and other unlikely allies at her side, Faryn sets off on a daring quest across Chinatowns. But becoming the Heaven Breaker will require more sacrifices than she first realized . . . What will Faryn be willing to give up to claim her destiny?
Inspired by Chinese mythology, this richly woven contemporary middle-grade fantasy, full of humor, magic, and heart, will appeal to readers who love Roshani Chokshi and Sayantani DasGupta.

reading the dragon warrior was the bookish equivalent of having a nice cup of hot milk while snuggling up in warm blankets. it made me feel the warm fuzzies all over, and i’m so excited for the diaspora kids who will get to read this book soon, and be able to relate to faryn and alex’s experiences.

the gods didn’t give me ultimate strength. my friends and family did.

the dragon warrior by katie zhao

the dragon warrior is a beautifully told story about family, friendship, and bravery. faryn liu and her brother have been trained by their grandfather to be warriors who fight for the gods ever since they were little kids, and when things take a sudden turn, they set off on a quest to prove their ability, along with faryn’s best friend turned enemy, moli.

i loved traveling with faryn, alex and moli. i haven’t been to any of america’s chinatowns, but when i visited sydney, london, and singapore, i had dinner at chinatown almost every night, and i love the idea that wherever i am in the world, there will always be some part of home within reach – i really enjoyed exploring san francisco, chicago and phoenix’s chinatowns with them.

growing up, i was told chinese folk stories, and i remember enjoying them a lot, because they were unique and unlike anything else i had read before. it was a fun and refreshing experience seeing them and the chinese gods being portrayed in a different light in the dragon warrior. i remember reading percy jackson a few years back and thinking, it would be totally amazing if someone wrote a series like that but instead of basing it on greek mythology they could take inspiration from chinese folklore – and that’s exactly what i got in the dragon warrior! erlang shen, nian shou and guanyin all make appearances in the novel and i loved seeing bits and pieces of my culture and its stories being featured in the book.

and other than that, the book was hilarious. apparently, demons give off the scent of stinky tofu and tiger balm, and evil deities smell like off-brand chanel perfume. the author has an accounting degree AND a gift for writing, and i have no doubt she’d make a great comedian too – her jokes are so on-point and never once failed to make me laugh. (i also love how she incorporated chinese elements into those jokes in a way that isn’t offensive – it just made me laugh even harder because i found it so relatable.)

the characters are also really lovable, and have so much depth. we have faryn, a kind and brave biracial girl who cares about her family and works really hard in training to become a warrior for the gods. i was rooting for her so hard, right from the very start! her brother, alex, is cheeky and sometimes annoying, but i love the kid. he sometimes feels insecure as he doesn’t fight as well as her sister, but he’s really good at solving riddles, and he never gives himself the credit he deserves. at times i wanted to reach through my kindle screen and give him a chocolate chip cookie to cheer him up. moli is sassy and sharp-tongued, and i loved her badass personality and how she slowly rekindles her friendship with faryn. ren is absolutely adorable, and he’s always reasonable and calm. you know, when you do a group project and most of your groupmates stray off task, except for one who urges you all to get back on track and get work done? that’s ren. and i also really liked ye ye – he’s always super gentle and loving towards the liu siblings and i loved his relationship with his grandchildren.

but you’ll do well to remember this, warrior – power isn’t measured only by the size of a weapon.

the dragon warrior by katie zhao

i loved the dragon warrior so much, and i’m sure that all chinese kids, regardless of their current place of residence, will love it as much, if not more. (and that cliffhanger-ish ending killed me. this book isn’t even released yet, and i’m already hyped for the second book.) the dragon warrior comes out on october 15th. to quote the dedication section of this book – “for immigrants, children of immigrants, and diaspora readers everywhere: never forget that you are the dragon warriors and heroes of your own stories.” ♡

Katie Zhao is a 2017 graduate of the University of Michigan with a B.A. in English and Political Science, and a 2018 Masters of Accounting at the same university. She is the author of Chinese #ownvoices middle grade fantasy THE DRAGON WARRIOR (Bloomsbury Kids, October 2019 & 2020), as well as a young adult author. She is a mentor for Author Mentor Match. She is currently open to freelance editorial services for young adult and middle grade manuscripts.

have you read the dragon warrior? what did you think? let me know in the comments below!

5 thoughts on “book review – the dragon warrior by katie zhao” 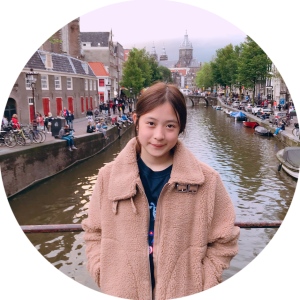 here are some books i got a long time ago and plan to read very soon! i always hoard books and let them lie around for ages until i actually pick them up, and it’s a bad habit that i really need to get rid of! 🤭
(i meant to post this tomorrow buuut i couldn’t resist doing so today because it’s honestly been too long!)
hello lovelies! it’s been a while since i last posted. how are you all? i’ll be going on a 28-day australia trip next month, and no cell phones or kindles are allowed, so i’ll be bringing some physical books to read and trade with my friends. :)
💗📖✨
HOUR OF THE BEES!!! 🐝 (ft. my floral shorts because why not)
💗💞💘
Loading Comments...
%d bloggers like this: